Wow! Its a Whale!

Have you heard of tiny Melinda Mae,
Who ate a monstrous whale?
She thought she could,
She said she would,
So she started in right at the tail.

And everyone said,”You’re much too small,”
But that didn’t bother Melinda at all,
She took little bites and she chewed very slow,
Just like a little girl should…

…and eighty-nine years later she ate that whale
Because she said she would!!! 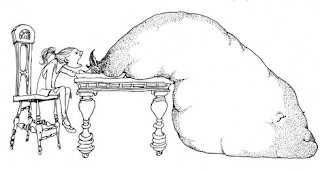 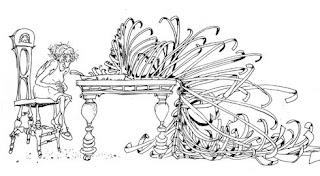 So, a couple weeks ago, I so arrogantly piped up to the entire world (ok, the 5 of you who read this blog) that I was going to tackle all of these tasks that have been daunting me for years. I was going to clean out the garage, the storage room, yadda yadda yadda. Well, apparently my bark is bigger than my bite.

Yesterday morning, I woke up energized to start the day and get that darn garage cleaned out. I bought extra garbage bags, pulled out the boom box, put Toad down for a nap and dove into the abyss of my garage. Three and a half hours later, I emerged from the garage sweaty and covered with dirt, spider webs and something ooey and gooey. The only thing that I had to show from it was a garbage can full of junk and a few bags for the DI. I worked my tail end off sorting and tossing and rearranging only to look back into the garage and see that nothing looked any different.

It was at this point that I realized that this task that I thought I would get finished in a day will take a lot lot lot lot longer. I have come up with a plan. Instead of getting it all done in one day like I had originally planned, I am going to have to work on it a couple of hours a day until I get it done. It has become my whale. So, I have decided that I am going to live by the motto that I can’t do it all but, I can do something today.

I am going to have to figure out a new and better prize for myself if I get this accomplished. I am willing to share the booty if anyone wants to come and help!

I will be there tomorrow! 😉

You have 5 people read your blog? I think that is 4 more than me, unless I don’t count myself, then you are up on me by 5 hahaha

I think we need to really get going with this since Cabo could be cheap due to the shine flu!!