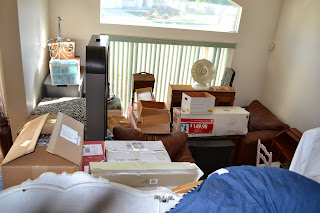 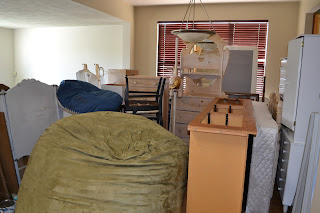 Oh, I wish that I would have been a bit more on the ball and blogged back when all of this was going on.  It is funny that the times that you need to let it all out and write it all out is usually the time that is the hardest to do it.

After three years of going through a divorce, I was pretty much done. At the time, I felt weak and helpless.  I felt powerless and overwhelmed with life.  I had spent tens of thousands on attorneys and courts to get really no where.  I had sacrificed everything that I had in order to do what I thought to be most important and be a mom to my children.

I found myself looking at my life and seeing that I was I was stagnant.  I was staying in my nice, large, comfortable home yet everyday feeling as though I was imprisoned.  Although at the beginning of the divorce I had fought to stay in the house, however in the end, it wasn’t worth the fight.  He wanted it too and  was much more attached to it than I was.  I decided to let it go.

It was one of the hardest decisions that I had ever made.  It wasn’t just about the house.  It was about the control that came with the house.  He was so anxious and demanding on the house that I had no freedom while I was there.  I didn’t have control over when the mortgage was paid or when the bills were paid.  It was part of the trade off that I made in the benefit of the kiddos.

I wanted to make sure that I was making the right decision for my kids.  It killed me that I was taking them from their home, their church, their neighborhood, their friends and their school.  They each had their own rooms.  They had a large yard.  They had room to run around and enjoy a large yard.  It was the only home that the kids had ever known.

I made the leap though.  I packed up my house.  I went through everything I owned and divided it in half.  I scoured the valley for something affordable and close to someone that could help me. I agonized over my finances and worked tirelessly to see exactly what I could afford and how I could make it work.

I finally found a little rental home up in my good friend’s neighborhood.  It was a really nice brand home, yet much smaller than what I had been accustomed to, close to schools, churches, friends and bus stops.  The school had  a extensive training in autism.  I also found a storage unit one street down from the apartment that was not only perfectly located, but also huge and extremely inexpensive (comparatively so) storage unit.

I felt beaten down and alone.  However, looking at it from 9 months later I see….

I had become much stronger by facing some of the things that I had to go through.  I look at the pictures above and think about who I was at this time.  I was so strong.  I was so capable  I was so happy and secure with myself.  I have never been that happy or that secure… ever.  I was independent and capable.

I had courage.  I had strength.  I had fight and drive.  I didn’t give up when the chips were down, I gave more.  I moved my little family across the valley all on my own.  I did it.  It was probably the hardest thing that I had ever done up to that point, but I did it.

I miss my old home a lot.  I miss my neighborhood.  I miss my church and my school and my space. I miss my friends desperately and the fact that they were all so very close by.  I miss it all and I have had a hard time adjusting a bit.  However, I am happy.

I look back and envy me.  I want to be that strong again.  I miss that
me.  I think that someday though I might look back and look at the me
now and realize that I, at this point in my life, was being strong.  I
had used my move to springboard into who I am now and hopefully into who
I will become.  I hope. 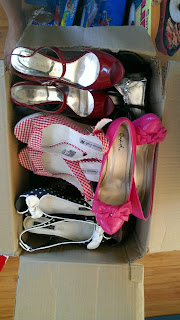 I am very proud of you and impressed at all you have accomplished and overcome. You still are that strong person and always will be in my eyes. Miss you and your little kiddos. Please tell them hi for me 🙂

Darce, you still are that strong woman! We all love and admire you for it!