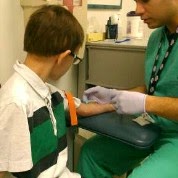 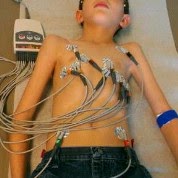 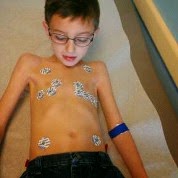 I know that I keep promising myself and publicly announcing that my blog is on the rebound and that I am once again flying away at the keyboard.  I have announced all of the amazing happenings that have been going on in my life and in my family.  I have a long list of pictures and stories to record.  However, so much of my life and time have been sucked up as of late and that has left little room for me to do almost anything let alone blog.  However, I feel that this little family journal of mine is really important for not only my sanity, but for posterity sake. I love reading back through this blog and my previous blog (let me know if you need the link) and having the flood of memories wash over my brain.  I love reliving some of those amazing moments.

I am going to be a little candid and honest and put out there something that I wouldn’t normally publicize.  I am going to try to be more “out there” with my life and let people have a realistic view of my life and what is going on in our little world.  Knowing that this blog is really only ready by those that care about me, my family and what happens with us, I feel comfortable in sharing what has been going on.

My middle son, Kaeson, or Bear as his affectionately called, is on the Autism Spectrum.  He has been diagnosed with Asperger’s syndrome, ADHD and severe anxiety disorder.  He has been on a number of medications for several years.  I always told myself that I would not be one of those medicine moms, but as my life tends to prove that I often find myself on the other side of judgement.

Due to the nature of Kaeson’s medications, we have to go in on a fairy regular basis and have his blood drawn to ensure that his medications are not doing harm to his body.  I have had concerns with some of the treatments that he has been undergoing and have sought out a change of doctors and medications.

Kaeson struggles in school and at home with focus, attention and sometimes just basic everyday living.  When we left and returned from our trip, I called him on the phone from the airport and he cried for a solid 45 minutes.  It broke my heart.  He didn’t understand and it was completely out of his routine.  Upon coming home, I learned that he really struggled last week in school and that he was really “off” while we were gone.

Upon coming home, I learned the results from several of his blood tests and was concerned.  After meeting with a new psychiatrist yesterday, we have determined that his medication levels are inappropriate and we are working on changing them up,  Without boring you with detail, we are taking him off of one medication so that he can work on building up his body weight for a few weeks.  Unfortunately, this is the medication that helps him be calm, collected, behave and learn in school.  He will eventually go back on this, but we have to work on his weight for a little bit.  After that, we will work on the anxiety medications that are causing the issue.

I called his teacher and explained the situation.  I went into the school and talked to the secretaries and the principals to let them know what was going on.  They said to go ahead and send him and that they couldn’t imagine that it would be that bad. I sat down with Craig and we came up with a game plan knowing that Kaeson would not be in control and that his out of control behaviors would be the norm for the next two to three weeks.  It is temporary, but it will be dramatic.

I walked him into school today and told the teacher that I would be available all day and that I would be spending the afternoon in Kyra”s classroom.  Three hours later I got the call that his behavior was very erratic.  He had nearly fallen asleep on his desk, so the teacher took him to the office.  I talked to the office and they said that he was running around like crazy.  I went to the school and saw that Kaeson was absolutely out of control.  His teacher told me that she was flabbergasted that  his medication made that big of a difference.  The school told me to not worry about volunteering in Kyra’s class, and to take him home.

I stopped by a good friend’s home on the way home and she invited the boys in.  About five minutes into our visit she said, “Darci, what are you going to do?” His behavior was that out of control.  She has known Kaeson since his birth.

I am not stuck in a position where I simply can’t send him to school like this.  I am having to pull Kaeson out of school until Christmas.  It is intense.  Now, this may seem like a drastic measure, but it is honestly the best thing for him.  I am just hoping that we can get his little body functioning so that he can get to the levels that he needs to be at.

In the mean time, I think that we are going to be getting a lot of use out of our weighted vest and educational software.  As for me, I think that I will be  consuming large quantities of chocolate and Diet Coke.  If you happen to stop by, my house will be a disaster.  Just know that I am doing my best.

We love you and will help in any way we can! Please let us know!!!

I'm so sorry. If you are looking for ways to occupy him, I have a dog who loves to go for walks over to a nearby school field and playground. I'll even bake you a pie!

You are an AMAZING Mother and you are doing a fantastic job with all of our children! We will do fine these next few weeks and enjoy the adventure that awaits us!