The saying that anything that can go wrong will.  That happens to be the story of my life.  It drives me crazy, but gives me something to laugh about later on.  Sometimes much later on.
Case in point, this was my house a few weeks ago.  I had the house completely cleaned up and organized.  I had to go through the house and take pictures of the rooms for legal purposes.  It sounds funny, but I know have absolute proof that my house was put together. 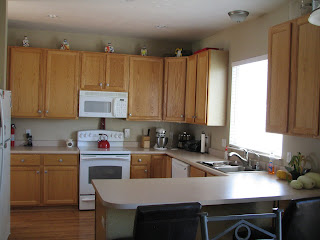 Well, these pictures were taken on a Sunday and Monday was when Murphy’s Law hit.  Early Monday, I started getting the kiddos up and moving in order to whisk them off to their dental appointments.  I had the appointments written in my calendar for 10:30 a.m.  On a whim, I called to confirm with the dentist only to find out that that 10:30 was the LAST of the appointments, not the first.  The first appointment was at 9:15.  I started freaking out.  The kids were still in the shower, I wasn’t dressed yet and it was already 9:25.  WE WERE LATE LATE LATE LATE LATE.
I grabbed the kids out of the shower, threw the first thing on that I could find and loaded them all in the car.  Unfortunately, at this point, I couldn’t find my shoes.  I remembered seeing a spare pair of flip flops downstairs in my studio.  So, down the stairs I flew like the wind.  I stepped into the room  and SQUISH!  My floor was sopping wet.
I looked up and there was a stream coming out of my ceiling and had started puddling on my floor.  Knowing that we were late and that I would be charged if we didn’t make it to the appointment, I did the only thing that I could given the circumstances ( I know in retrospect, I should have done things differently.) I grabbed all of the freshly washed towels out of the dryer and threw them on the floor and put a bucket under the stream.
We then took off racing towards the dentist office.  After about 10 minutes on the freeway I realized that I had left my curling iron on.  Of course I did.  This wouldn’t be a great story if I had turned it off.  Well, the dentist went without incident.  NO CAVITIES!!!!!!!!!  WOO HOO!!!!!!!!!!!!!!!!!!!!
When the appointment was over, I raced home and put on a movie for the kiddos, and raced down to survey the damage.  By this time, the ceiling was starting to come down.  I was at a loss as to what to do, so I did the most logical thing that I could think of.  I updated my facebook status to include that my house was once again flooding. I hit high gear and went at that studio with a vengeance.  About 5 minutes later, I heard footsteps on the stairs.  Friends that had happened to see my status had gathered up supplies and headed on over to the house.  Thankfully, they had keys to the house and let themselves in.  They came equipped with trash bags, flashlights and kiddos to entertain my crew.  After a few hours, we had the mess mostly cleaned up, the leak found and temporarily stopped and had completely destroyed my perfectly cleaned house 🙂
At the end of the fiasco, we all sat down to have pizza and soda and laughed over this whole incident.
Things that I learned through this experience:
1. Don’t let certain people install and fix your kitchen sink.  It will save a lot of money to just hire a professional the first time. 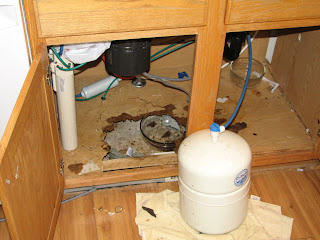 2. Facebook really does have some amazing benefits.
3. Little Ceasar’s Pizza isn’t half bad when it is hot and you are very tired and worn out.
4. I have the most amazing friends of all time. 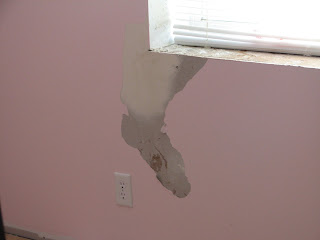 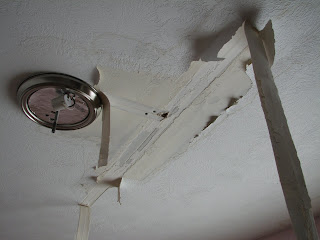 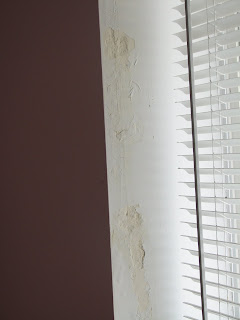