The Magic of Skype

When I was a missionary back in the not so olden days, I thought that we were living the high life.  Considering I was in a third world country, (VERY third world country) the idea that we could fax a letter home to our parents and go to a call center twice a year to talk to our parents was insanely cool.  We would still get letters through the pouch system, and that was delightful, but they took almost a month to reach the country.

I remember once after on my mission, after getting out of the hospital, my mission president mentioned that we could send my parents an email and let them know how I was doing.  He asked me what their email address was… and I asked him what email was.  Yes, I am old enough to say that I am older than email.  Sad.

Anyhoo…. We had another chance to talk to my darling brother on Christmas.  We had the privilege of using our laptops as a mobile command center as we used Skype to see and talk to him.  I don’t know why this still blows my mind away.  It is still crazy to think that we can see and talk to someone half a world away with only a fraction of second time delay.

I remember when I was younger, one of my favorite cartoons was “The Jetsons.”  I loved that show.  The technology blew me away.  I remember emphatically the episodes where they would have conversations with their neighbors using a movie screen of sorts.  That was absolutely as futuristic as it got in my opinion.  I mean, really, the thought of actually having a live conversation with someone and seeing them at the same time when you were no where near them.

As a practice run, my dad and I set up a conference call between the two of us.  I had my computer updating at the time and wasn’t able to use the Skype feature.  So, what do I do, I pull out my Itouch.  Yes, the little mechanism not much bigger than a credit card.  I sat on my stairs talking to my dad while he was at the studio.  We were both blown away at the fact that we were both using machines that were in no way whatsoever connected to anything and were able to have a video chat.  Had you told either one of us 20 years ago that we would be doing that, I we would have called the loony bin.

Alright, enough now. I have no proved into oblivion that I am getting up there in age.  To avoid further depression, I now revert to the purpose of this post…. my brother… not me… my brother. 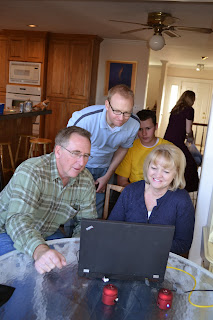 I don’t know if you could catch a set of parents that were more proud of a child than my parents were this day.  It was fun to see them both smiling ear to ear as they watched their son, who just over a year ago was a bit mighty in the britches, talk about the impact of the work he was doing.  He has become so mature, so humble and so grown up over the last year.  It is hard to believe that such a change can occur to a young person.  Don’t get me wrong, he has always been a great kid.  He is absolutely brilliant and amazingly kind, yet this time as a missionary has raised him to a level of maturity that I didn’t expect to see. 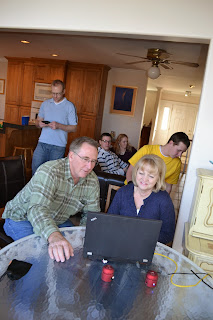 We all got a chance to sit in front of him and talk for a brief moment.  He was at a member’s home.  It is amazing how wide spread this technology has gotten.  Every has access to it now.  We were able to also talk to his companion.  His companion is Brazilian, yet has learned English almost perfectly.  That was a treat. 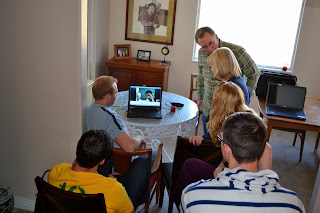 Who knew back then that when the “babies” went on their missions, we would have to set up stadium seating to talk to them at holidays. 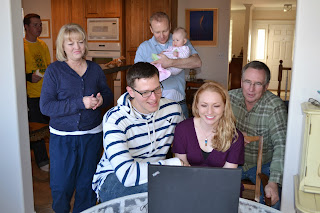 We had some pretty big news go down over the course of this video chat.  Since Mother’s Day, we have had some rather fun family events and occurrences.  Downi and her awesome beau, Jared, moved to Arizona for Downi to attend Ph.D. school.  Jared took a job a few hours south of her so that he could be close to her.  Well, over Christmas they decided to get engaged and were able to announce their engagement to Dalton.  He was thrilled.  He had always liked Jared (as have we all) and was excited for the news. 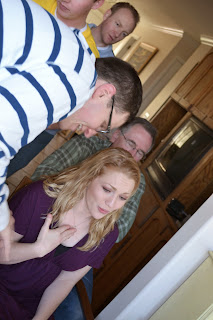 Dalton, half joking and half not, requested that she use his favorite color of Aqua blue as her wedding colors.  She was touched and promised him that even though their wedding was going to be small and really simple, she would incorporate the colors into what she was doing. 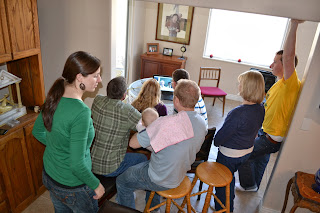 Derek, and his wife Jaclyn, welcomed a new baby girl into the family.  Ellie was born in July and although Dalton had seen pictures, he had yet to see her “live and in action.”  Ellie was born pretty tiny and had some rather substantial obstacles to overcome when she was born, so the fact that she is big, rolly poly and has the cheeks of Buddha makes us all smile.  Dalton was thrilled to see his new niece. 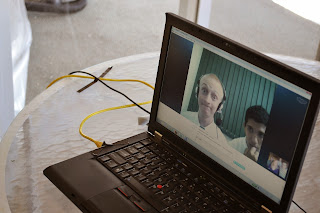 Although Danza missed coming to the house at Christmas, we told Dalton about her engagement to her new boyfriend T.J.  Like I said, a lot of new news circulating in the family. 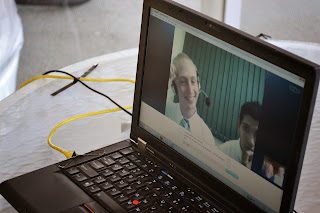 Cute Dalton also had some news for us.  This skinny, little albino white kid that couldn’t ever keep his pants up or step out into the sun has now gained so much weight that his top button on his shirt won’t close!  YAY!  He’s growing up!  He also showed up that miracle of miracles…. wait for it…. he has a tan line.  A substantial one at that. He took off his watch and whoa…. although he doesn’t look any tanner to us at home, the difference between his arm and his watch line was intense.  He apparently (although he didn’t show us) has a tan line where his ties lies on his chest and where his name plaque is over his pocket.  That is some severe sun.

He is in love with the culture and in love with the country.  Although he has his ups and downs as all missionaries do, he is doing a valiant job at being faithful and obedient.  He is really taking advantage of his time there and doing the best that he can to further the work.  I am so proud of him and the work that his is accomplishing.  I am one lucky older sister.

I had to explain to Rick what Skype was. I said, you know the Jetsons? Well they skyped. 🙂 Don't worry I remember life before email and windows too.