Does Your Grandpa Do This

It is a well known fact that my dad is just…. well, awesome! I can’t tell you all of the ways in which his character goes above and beyond the mark of greatness. In fact, I hate to admit this, but as it turns out, a few of the guys that I have dated in my life have only dated me to get to know my dad. I know, a real ego booster. A pattern that I don’t intend to follow this time around. However, he is fabulous!

This last labor day, we went to my parent’s house for a BBQ. My parents have a very unique layout in their home and have a great back patio. Years ago, you could see the entire valley from their back porch, now you can just see the neighbors trees. However, I digress.

This particular day, I was trying to keep the boys out of everyone’s hair by playing dominoes out on the back porch. Well, that idea didn’t last long as dad came out and started to play pirate with them. They each got a sword and a ship (couch or chair) and they were not allowed to get into the water (floor.) I have never seen the boys get into a game so much. 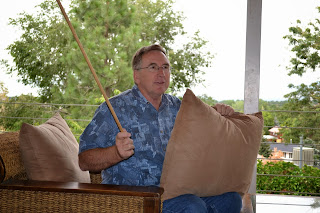 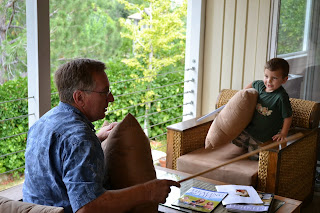 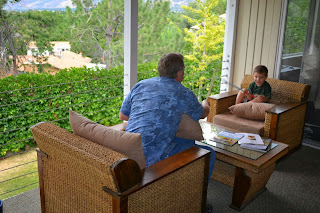 Bear soon nixed the whole idea of being able to go into the water, so he came up with an ingenious plan that allowed him to do basically whatever he wanted. Toad joined in shortly. 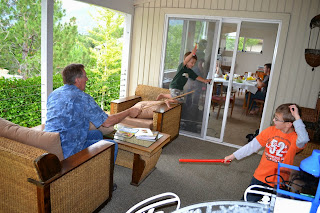 Toad taking cover as Grandpa aims the cannon his direction. 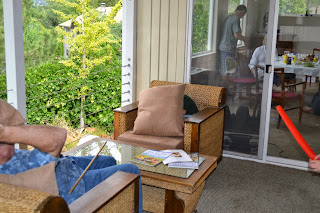 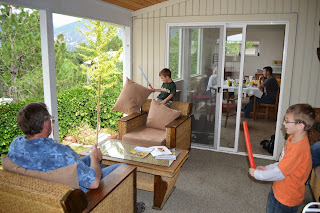 Bear trying to coax him out so that they could all play again. Notice, Grandpa is still out for the kill on this one. 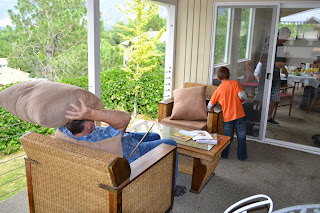 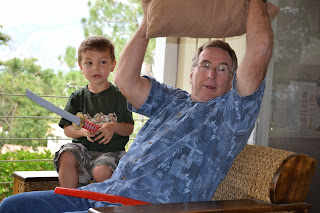 Not too long afterwards, Toad surrendered and joined the ranks of Grandpa against Bear.
The face of a loving Grandfather as he lovingly aims a cannon at his oldest grandson. 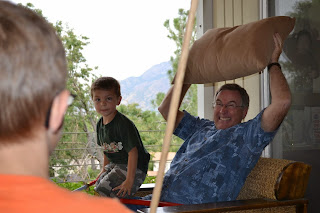 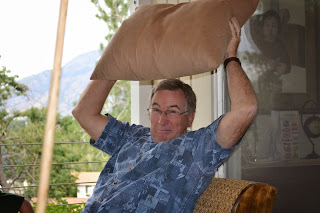 That’s when things went wild and Bear got the look of death on his sweet little face. No one messes with a pirate, I mean a ninja, I mean an alien… by the end of the game I didn’t have a clue as to who was what and what was going on. 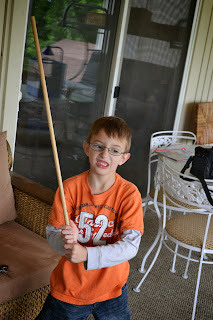 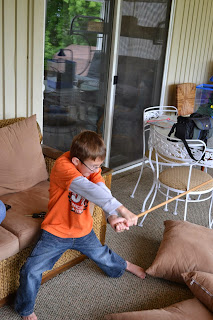 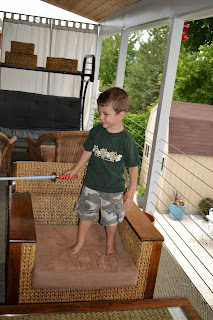 Toad finally called a truce and decided to calm down and relax behind a chair. 🙂 Thanks for the fun afternoon. 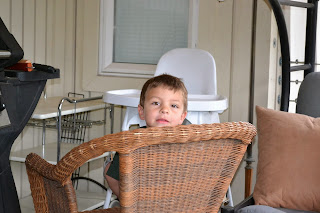 Elizabeth B. Jensen Login to Reply

You have such a cute dad. And what a fun family!