I remember the Christmases of my youth as being absolute magic.  It was almost a tangible essence of sparkle and wonder.  I still remember and reminisce of those times.  I really want these times to be as entrancing to them as my memories are to  me.

This Christmas I had a harder time getting into the holly jolly spirit of things, but I did what I could to make it amazing for my little ones.  Some days went better than others, but overall they enjoyed every moment of it.  Oh, to be little again.  I know however, I will do it differently next year.

Christmas Eve was spent having brunch with my family and opening up several amazingly thoughtful gifts from my family.  I am so grateful to have such a great family that watches over us.  The little ones spent Christmas Eve with their dad celebrating their traditional Noche Buena.  I spent the evening enjoying my siblings and old friends. 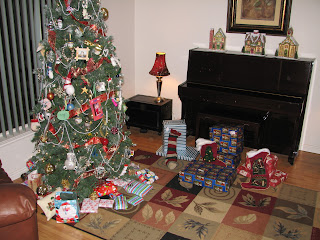 My cute kiddos came home so late and tired that we forewent the tradition of generations…. the annual pajama opening and they all fell asleep immediately.  This is them coming down the stairs Christmas Morning just before I had them open up their PJ’s and change. 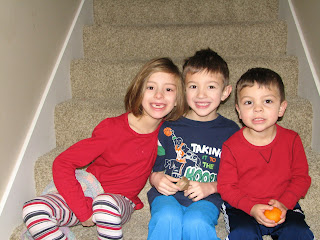 Then, as tradition continues, the opening of gifts.  I was very blessed this year and the kiddos were able to have an amazing Christmas.  Their lists were very small (Toady wanted a light saber and a box… and that’s it) and I had some help from some guardian angels. 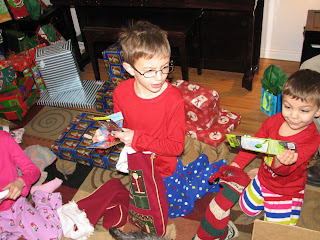 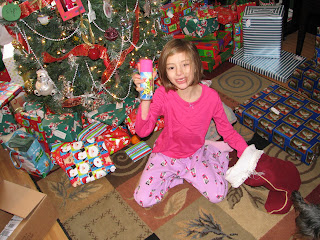 Growing up, the stockings were one of my favorite parts of Christmas.  They were always full of amazing trinkets and treasure.  Well, my kiddos have their own sought after specials wants.  Who doesn’t want Silly String, Chapstick and Kool-Aid?  That happens to be at the top of the list here at our home. 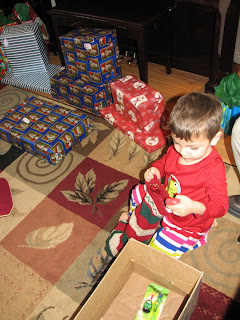 Toady savored every moment and took great interest in every single second of his stocking. 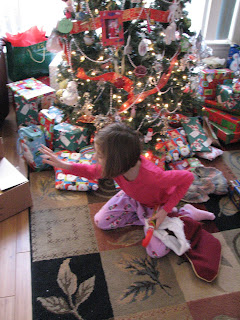 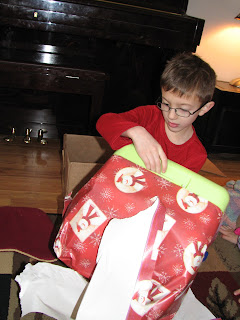 This year, Santa hit the mark with Bear.  Not only did he get his light saber, but he also got an erector set with a real working motor.  He about flipped out of his socks.  By the time the day was done, he had managed to construct a helicopter with a real working propeller. 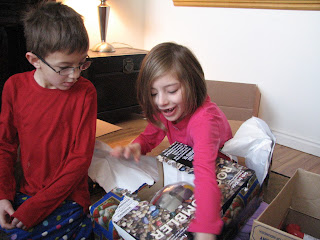 One of the joys of being a parent is that you can help guide your child’s interest and desire.  Not having TV, so they don’t see all of the commercials, doesn’t hurt either.  Nena has an obsession for things that are shiny, so for months we have been talking about a rock tumbler.  Although she had something else on her list this year, she was over the moon with her rock tumbler from Santa. 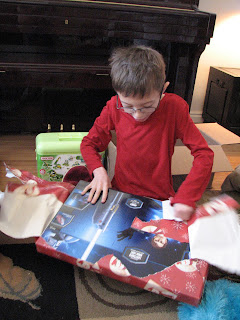 And Bear was thrilled over his light saber too. 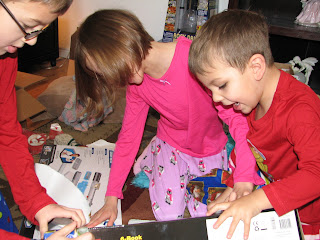 Who knew that books could evoke this emotion. 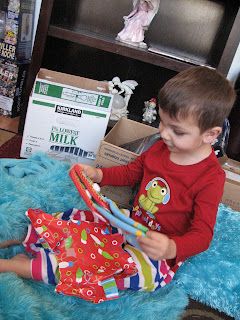 Or socks for that matter. 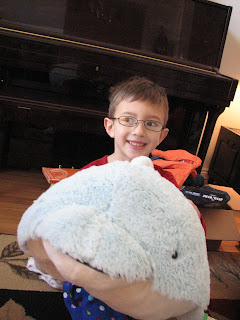 For months, the boys have coveted Nena’s panda pillow pet (Pandy) and have oogled over every single one that we have passed.  Well, their dad stepped in and found them what they were looking for.  Bear got his beloved dolphin which now carries the name Pancake.  Toad wanted a…. you guessed it…. frog…. which they don’t make.  However, his dad was able to find a frog out there somewhere.  He has named his Poggy!?!?! 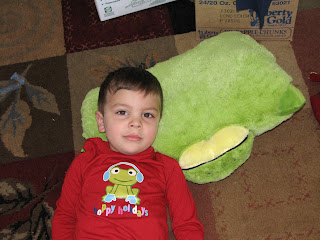 Even though the kiddos did get a few toys for Christmas, I will admit, their favorite gifts were clothes.  For my kids, new clothes are a real treat.  They are little and skinny and fit in their clothes until they wear them out.  They were so excited to get something new to wear.

My dear, sweet and darling grandmother of a visiting teacher went out of her way to make my boys hooded robes to enhance their Jedi experiences.  Bear didn’t take his off the entire day. 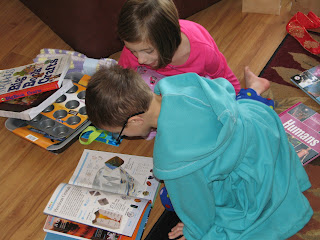 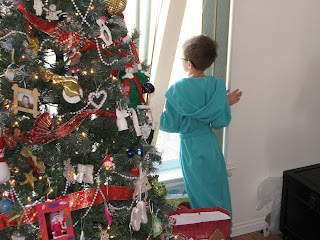 I love this picture.  What a wonderful Christmas we had.  We are so grateful for all of the many blessings that we received over the holidays, and during the year.  We are certainly watched over.

Just look at how things have turned out, I think you're all going to be all right! Glad you had a wonderful Christmas!

I'm glad you had a merry Christmas 🙂