Catching Up With Technology 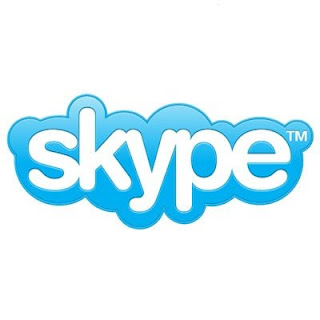 My dear friend Julie is in town for the month visiting family and friends (Woo Hoo for me.) We have had a chance to hang out a bit. We have gone to the water park, hung out here at my house and on Monday, she is going to try to win herself a trip to Cabo by helping me clean out my garage.

Anyway, the other day she was here and was talking to be about this wonderful (not so new) technology called Skype. Most of you probably already know what Skype is but, since I am now so fascinated with it, I just have to share.

Skype is a little out of the era of the “Jetsons” cartoon. I remember loving that show because of all of the cool things and technology that they had in the future. The part that I loved was that they could see and talk to the person that they were on the phone with. I remember thinking “Ha! Like that will ever happen!” Well, it is here.

Julie was talking to me about how she was keeping in touch with her husband (whom stayed back at their house because of work) while she was here in Utah. Also, since her husband is in the Air Force, this is how she keeps in touch with him while he is deployed. She mentioned that the kids could see him and talk to him all over the computer. I was fascinated. She loaded up the free program ontop my laptop, called her husband and BAM, within seconds, there he was on the screen of my computer and we were having a “face to face” conversation. Not only that, but, I was able to see parts of her home because Rod swivelled the web cam for me to see it and Julie took him on a tour of my house (scarry huh!) Amazing!!!!!

So, later on in the evening, I called my brother-in-law in Texas. As we were chatting about his day, I asked him if he had ever set it up on his computer (I assumed that he had because he is a computer guru) and he didn’t know what I was talking about. So, I then talked him through the steps of setting it up on his computer. Again, within minutes, we were having a face to face conversation. The best part about this one is that the kids were able to see and talk to their cousins!

We love skype. The babies think it is there own personal TV show. They talk with their grandparents, aunts and friends in Guate. I would love to Skype with you and see your kids. Our Skype address is the name of our blog.