This year, I decided to take the cheap approach to birthday parties for Bear.  I took a cake to his class on the second to last day of school.  He was so excited to share this overly frosted sugary basketball treat with the class.  The teacher must have been losing her mind because not only did she eat one, she was kind enough to take the remainder of them off my hands and feed them to her fellow team teachers. 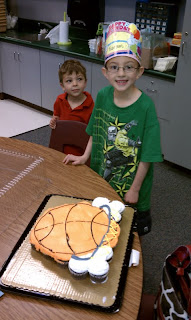 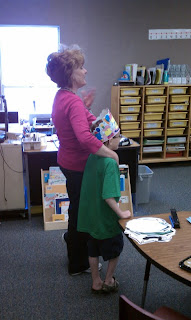 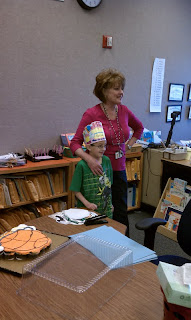 The next day, I was so excited to go to his school where he was received an award for being on the honor roll.  He was over the moon excited to have his name called and to get to receive a certificate.  I don’t know if he even really realizes what it is for or what it means.  I do know however, that he is THRILLED that we now have one of those obnoxious stickers on our cars that says “My Child Is An Honor Roll Student….”  Thank heavens it is a window decal.  I felt trapped on that one.  I find those stickers extremely obnoxious, but what do you do when YOUR child earns one.  Again, I am finding myself on the other end of judgement. 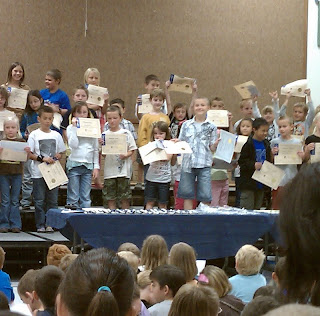 Then, for his grand slam “Birthday Party.”  We counted an event that we already had scheduled and called it good.  My cute friend Kristin and I had planned to take our kids to the Hollywood Connection the day after school let out as a treat!  She suggested that we just count this as Bear’s birthday party.  That was the perfect idea.  I was slightly stressed about getting through the school year and other happening in life (see my other blog) and pulling together a birthday party just about did me in.  Plus, I am on the tightest of tight budgets.  She already had the passes, we made chocolate chip cookies and brought a few gifts and let the kids run wild. 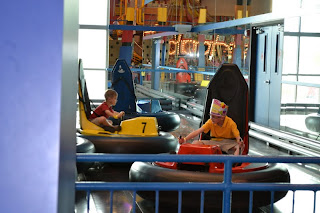 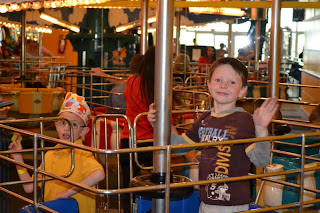 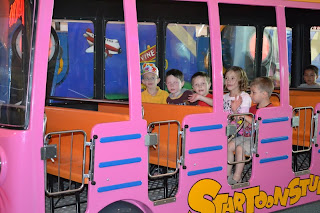 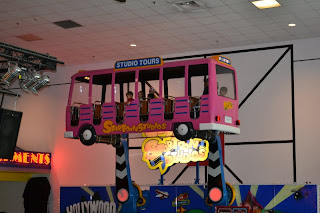 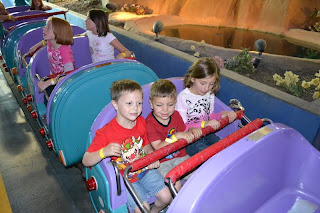 It ended up being the perfect afternoon.  We ran into some friends from my ward that had the same idea and it couldn’t have worked out smoother.  Their oldest son (16) took care of Toad and hung out with him the entire time.  The other kids just ended up mingling while Kristin, Angela and I sat in the middle and tried to occasionally count heads and corral the chaos.  All in all, it was the best birthday ever, in his very own little opinion.

We rounded up the birthday festivities with a good old family party at my parent’s house.  I opted to do a gluten free angels food cake this year for everyone.  It was a hit.  I was just too tired to make and design a birthday cake this year.  I actually didn’t make the cake at all.  My amazingly talented friend Cami made it for us. 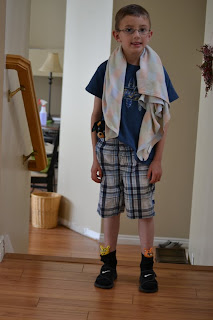 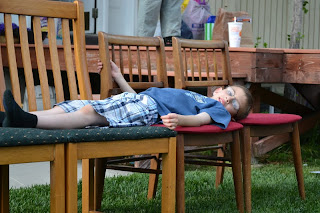 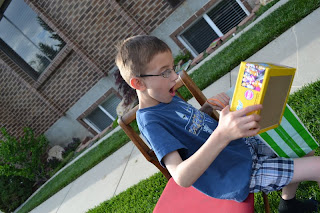 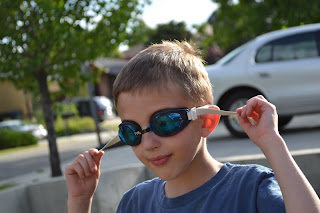 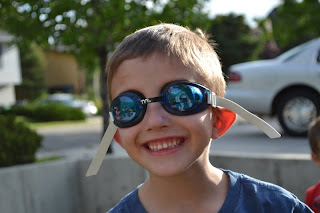 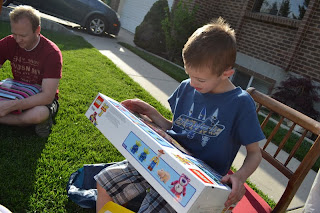 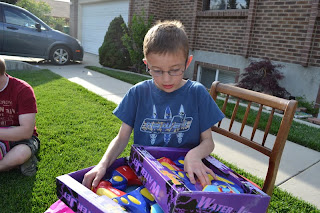 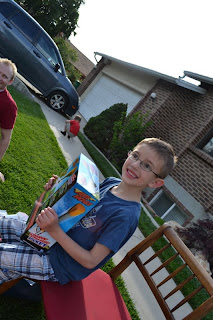 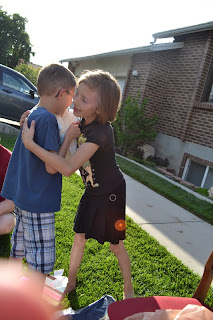 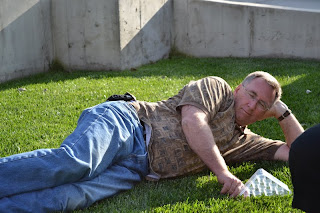 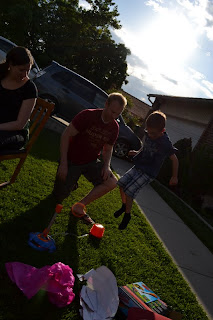 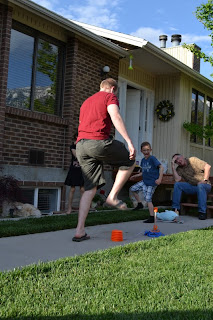 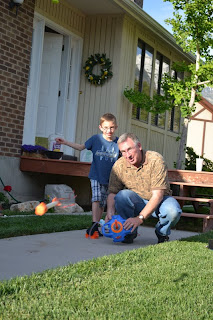 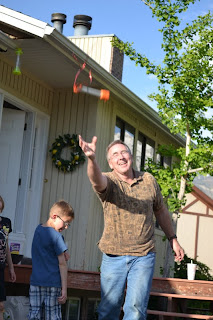 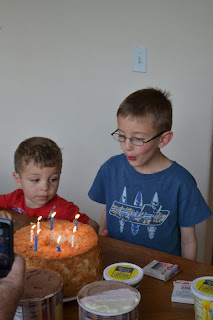 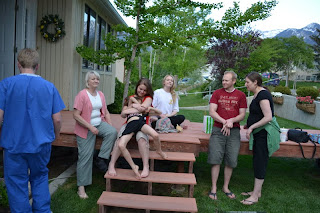 Looks like a great birthday!
Your school allows homemade treats? Haven't heard of that being allowed in many years. Cool!