The Bear is a Pro! 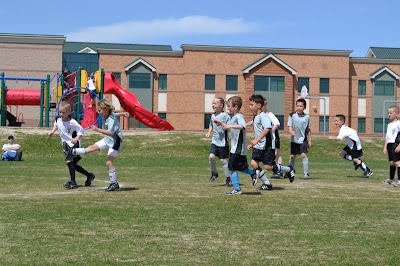 This year Bear started up in soccer again.  I hate to be a boasting mama, but he is getting good!  I am so impressed that he is becoming such a team player.  He is actually running after the ball, kicking it in the right direction and he is learning to defend the goal. 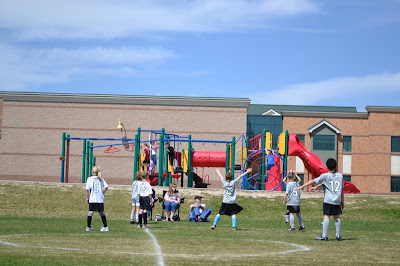 He loves to make himself noticed… hence the borrowed blue soccer socks.  We had to borrow them since between he and I, we are having a hard time keeping all of his things in the right drawers and they were temporarily unavailable the morning of the game. 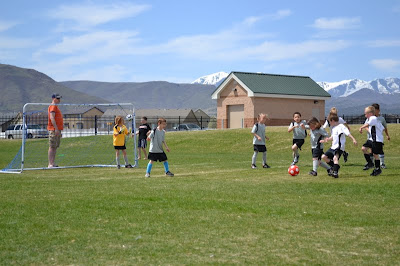 Look at him defend that goal.  He is so on top of it mentally this year. He is loving it.  Last week he got to actually play goalie and he rocked!  He was diving and pivoting and really getting into it. 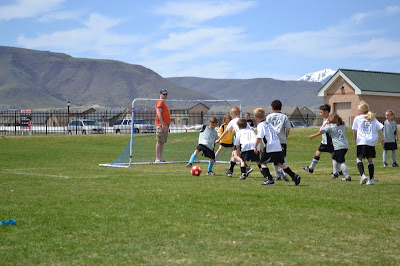 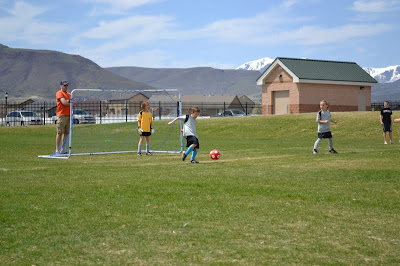 He is really getting into this game.  Look at that game face.  Can’t you just see the slow motion view with the angry face! 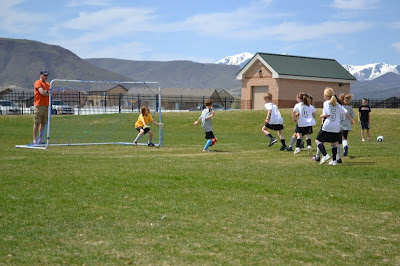 And guarding that goal! 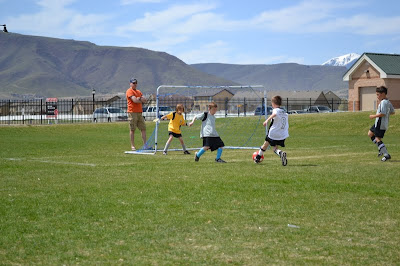 And here he goes head to head.

Now, I have to boast slightly about my Bear.  He has a hard time being social and interacting.  For him, this is huge.  I am so proud of him for getting out there and getting it done!  I love that boy so much! 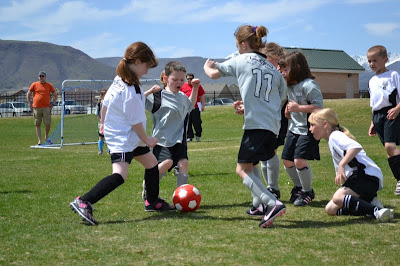 Have to add one of our favorite teammate…..  R.J.  Gotta love his face as well. 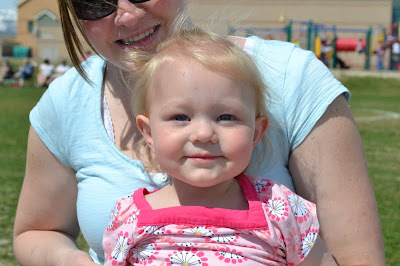